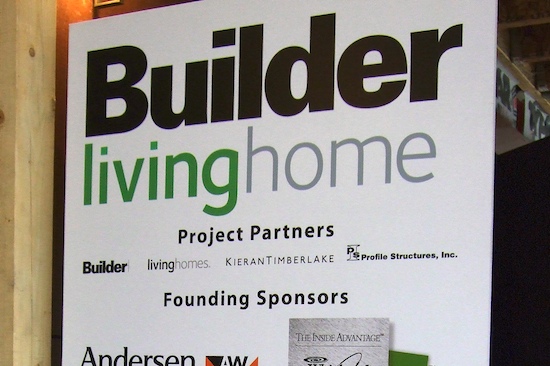 By this time, if my planning schedule was accurate and blogged about, I should have been in phase three of my home addition, but other issues prevented that project from starting. Two products that I wanted to use on this project were announced, but not yet through the arduous Los Angeles building and safety review. Living in earthquake country, and under a well formed bureaucracy, innovation is squashed, or takes many thousands of dollars to persuade city engineers that products are viable. The two interesting products form the basis of the foundation and the structural members of the home, so basically everything. I had already settled on using structural insulated panels (SIP’s) to build the home, but the previous technique require much material handling machines like forklifts, front reaching cranes, and a teams of laborers. that’s the old way of building. I want to build a home with one or two people. It can be done!

The first option is Apex Block. This product, around for a few years, made LA approval on 1 November 2008, and would require a complete redesign of the structure, but when complete would only need grouting with cement for insulation and stability. The second option is the modular housing system (MHS), approved 1 December 2008. Both are lighter in assembly, as the foam Apex Block are extremely lightweight, and the extruded aluminum of the MHS system is manageable. The venerable choice remains Premier Building Systems tradition heavy SIP. What better way to decide which to use, but by having each one go head to head in a bidding war! I’ll let you know the outcome in February 2009, when in earnest I begin again.

First I am going to the International Builder’s Show in Las Vegas to research some interior fixtures and lighting design packages. It’s easy to look on the web, but a much different experience to view the finishes and touch the products. It will be cheaper to get a room in Vegas for a night than drive a couple hundred miles to showrooms around Los Angeles, hoping that they have the product I want to see and touch. that show runs 20 – 23 January 2009, so that is my final check list and then the construction!

Have a wonderful 2009. I will be busy. It has to start out of the gate at full gallop, and this time I hope to finish the race, and not have to scratch out like in 2008. make 2009 your green year, where you climate change contribution is half of 2008. We all can do it.